Tl;dr scraping a huge site full of Python blog-posts, Parsing it and getting some interesting data about Python projects across the web. Check out the final result: Python-Station.

Edit: feel Free to talk about it on HN or on reddit

I found out about Planet Python not too long ago, and got instant hooked!

For those who aren’t familiar with Planet Python:

“This is an aggregate of Python news from a growing number of developers.”  Hitchhiker guide to python

The Cool thing about PP is that it collects RSS feeds from more than 700 python-blogs.

One capability that is missing is the ability to go back in time and read old posts.

I went on a hunt across the web – trying to find the (lost) history of PP.

The first stop was asking on Reddit – which (sadly) didn’t really help.

Then I found this quite neat website – which contains data for only a couple of months.

And finally, I hit the  Jackpot – A full history of planet python!

What to do with the Data?

So now that we found PP history – what should we do with it?

Wouldn’t it be cool to find out which GitHub repos were featured at PP over the years and also get some additional insights on each repo:

when was it the last mention?
how many blog post mention it?
Was the project also introduced on hackernews or Reddit?
Is it currently trending on GitHub?

Now that we have a goal, all we need to do is to start executing

The main workflow is (quite) simple:

During the process I used file system as a local cache, it’s not a must –  but it does make life a lot easier.

The idea is to iterate over all pages in the site and make each page into a JSON-line.

At first, I started playing with Scrapy*,  but I decided it’s an overkill and ended up using requests.

#This is only the gist of my code, and in the full version, I also added a retry mechanism**.

Although I didn’t end up using scrapy if you are into scraping I really suggest you give it a try.
It handles a lot of things for you (multiple spiders, async, pipelining etc) and it’s really battle-tested.
Why would some use scrapy instead of just crawling with requests or urllib2?

In this project I have some basic assumptions:

Step 2: Parse the relevant posts from the page.

Like I said, I didn’t go with scrapy (even though it has parsing abilities),   I’ve ended up using beautifulsoup as a parser instead.
The cool thing about beautifulsoup is that it offers a full toolset for XML/HTML parsing.

After parsing the post and finding all URLs the job became quite easy.

#This is only the gist of my code and in the full version,


Step 4: Use external resources to enrich the data

I used multiple API’s to enrich the data on each repo, And when working on a small scale project (like this one) I think it’s always easier using the REST API (as it’s official and always up to date) and not some SDK (which most of the time forces you to read the official API to understand).
This time was no different and I used requests(REST API) in most cases.
The one exception was Reddit -> I didn’t like the official doc + the Python SDK(Praw) was great.

#This is only the gist of my code, and in the full version, I have a lot of parsing + downloading tricks.

In the end, all that was left is to combine everything into a fully functional pipeline:

Putting it all togther
Python

#This is only the gist of my code, and in the full version, I have click to get more control over the pipeline.

It was my first experience at real world scrapping and I had a lot of fun!

For the source code behind python-station check out my Github repos:

In the future, I wish to improve the run time by using asyncio and maybe add some other enhancement.

Putting Python aside, learning Vue.js and Github pages (in order to make the site live) was also fun and quite different from what I normally do.

Stay tuned for my next blog post about hosting a free self-updated site using Vue.js + Github pages and Circle CI!

And i hope you enjoy, feel free to comment 🙂 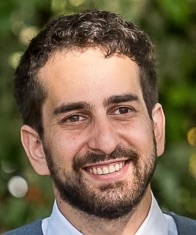 Late bloomer in the software world and in the blog community.
The blog is a documentation of my journey to fill knowledge gaps, learn new things and explore what the (software) world have to offer.